Ampthill to Maulden and back - 9 miles on 31st October

led by Celia and Bob Wallace

This walk should had 6 walkers however 2 had to cancel so 4 brave souls set out from Ampthill Park at 9.15 am on 31st October. We walked through the park and crossed the mainroad before walking up the track towards Houghton House. We past by Kings Wood before turning right towards Linbersey Lane where we observed a lot of traffic traveling towards Maulden. We concluded that a diversion must be in place somewhere. We left the road via a very muddy footpath and eventually turned left into Maulden Woods.  Here the rain really started, after a few light showers that didn't bother us. But this was serious rain and therefore we donned our waterproofs. When we exited the woods we came to a collection of Halloween items, see photo below.

We had planned to have a coffee break in the porch of Maulden church, but unfortunately this was locked so we crowded under eaves of the church hall to refresh ourselves. After starting off again we re-crossed Limbersey Lane and walked past Kings Farm. We then ended up in Gashouse Lane which we followed to meet Church Street. We followed this to the town centre, crossed Bedford Street, ascended Park Street and Park Hill into the Park. We then followed the footpath back to the car park, where we were glad to take off our very wet gear and climb into our cars for the drive home. Thanks to Bob and Celia for the walk, which we enjoyed despite the wet conditions.

This was  an imprompu walk to make use of the nice weather in the middle of a low pressure syatem. Six of us assembled at Lippitts Hill and quickly reached open countryside. A few pauses to admire the view, but otherwise a steady pace was set. 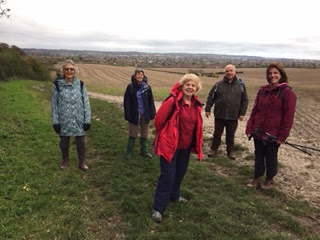 At Lilley church we separated out in pairs on the seats and the doorstep. On the way back we chose the longer route back and before long the wide panorama of Luton appeared and we were back at the cars by 1pm, just before the drizzle began. 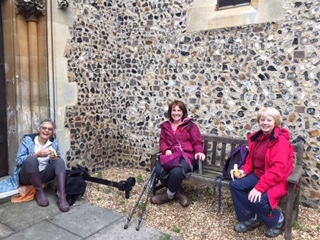 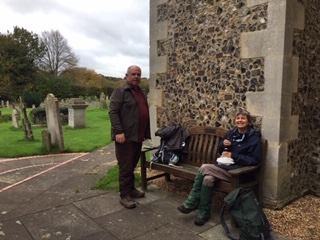 Posted by ruth betts at 6:06 PM No comments:

A repeat of last week, with 5 ramblers.

This week we were ready with cameras to photograph a bear - just as the loudspeaker asked us to return to the footpath! 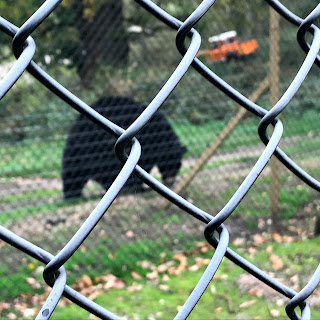 We spent some time watching wallabies, and people on the zip wire of the Go APE 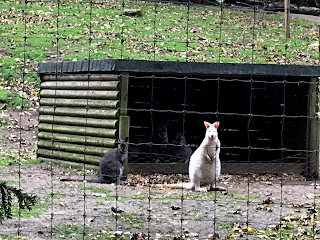 As hoped, we managed to get back to the car-park at Woburn before the downpour. 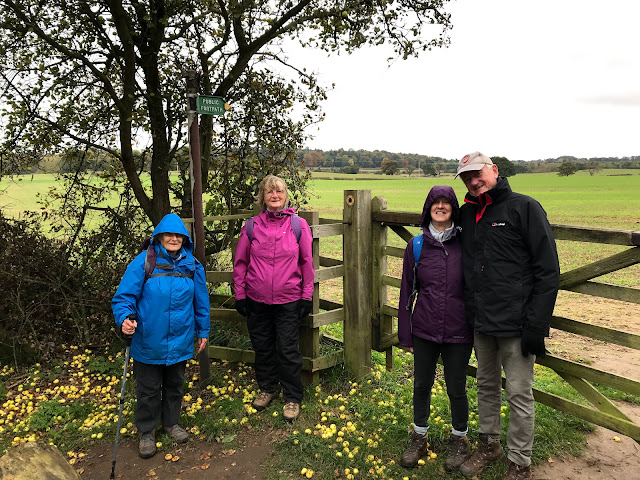 Posted by ruth betts at 3:13 PM No comments:

There was a full compliment of 6 walkers for this 6.5 mile walk.

We started from the Recreation Ground in Pirton which has ample car parking during week when no sports activities are taking place. We walked under the walnut trees, past a notice warning of a wasp's nest to join the Hambrdge Way. We followed this until we came a crossing of tracks where we turned right into Mill Way. At this point we could see some dark clouds approaching and after a few minutes the rain started.. Several of us donned waterproofs, sue even putting her over-trousers on. However this rain some ceased and the sun appeared so soon after stopping at Westmill farm for a photo we took our waterproofs off.

When we got to the riverside path we turned left and continued until the main road was in sight. We then retraced our steps and continued past the "Hitchin waterfall" (former outlet from the mill).

Soon after this we came to a couple of benches overlooking a riverside pond. Here we stopped for our coffee stop. We continued to the actual head where the ladies descended to get a better view.

We then turned back towards Hitchin and eventually took a footpath through the common in the hope of seeing some English Long-horn cattle. Sadly this was not to be as they could not be found anywhere.We the retraced our steps towards Pirton to finish a very interesting walk.

This late addition to the calender booked up fully within a few hours.  Ruth worried that we were going to have 7 ramblers - not entirely illegal as we are a regulated sporting activity, but beyond the club guidelines. No need to stress - 6 set off from Woburn car park with the sun shining!" Lots of deer in the Woburn deer park, then we headed for the bear enclosure. Before we could turn on the camera to photograph a large black bear, a loudspeaker instructed us to return to the footpath.

We paused for a swig of water at the entrance to the Safari Park, commented on the entrance fee - £29 per adult, £19 per child -  then passed the footpath that goes down the side of the elephants - the one that is to be diverted.  They have made it difficult to see for free with the netting. But we have ways and means of taking photographs!

There were several females on the left and a big male on the left. We also saw half a dozen ostriches, then later a few wallabies. Freeview over, we stopped for coffee on a log then made for the road, turning right. Ruth kept holding the group up by picking up chestnuts.

We turned down a small footpath before reaching Husborne Crawley village hall. It looked as if it went into someone's garden but soon it passed through a newly planted woodland and into Crow Lane. As I had hoped, no-one had ever walked this footpath before. We then had lunch at Husborne Crawley church, admiring the greensand stones. There was plenty of seating, in the Lych gate, in the porch or out on a grave stone. We then headed towards Aspley Guise and to Birchmoor farm, passing some wonderful fungi growing on the stumps of the old horse chestnut tree.  I couldn't confidently identify them so sadly they are not to be eaten. 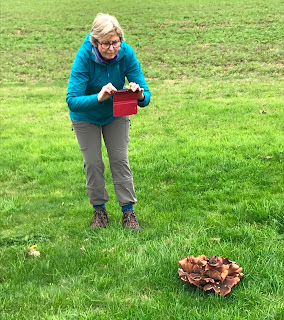 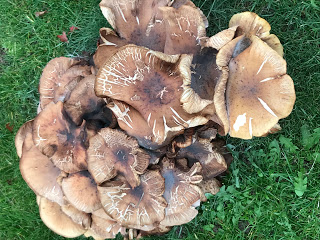 The bridge had been removed at the shortcut to the playground. Some of us jumped over the stream, Beryl and Hillary decided to go the long way round  To our amazement they were well ahead of us on the high street - obviously it is NOT a shortcut!

The walk will be repeated next Saturday due to demand. 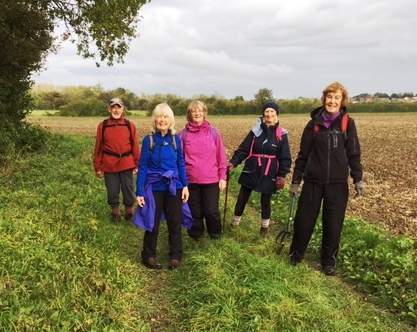 Heading out from Harlington leaving the spinney and heading towards Sundon hills country park following the John Bunyan trail through to Sharpenhoe Clappers. 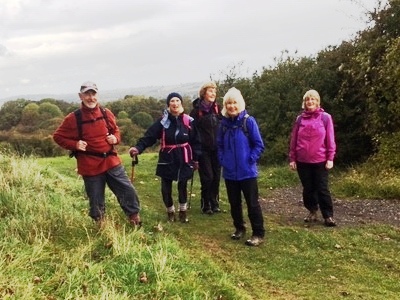 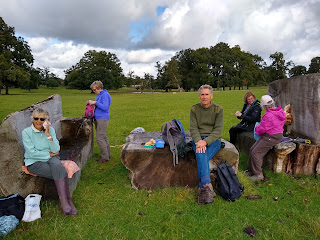 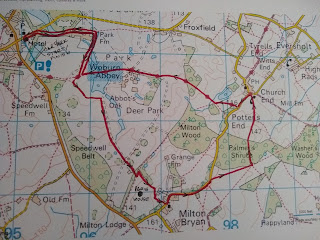