This 5.25 mile walk had 7 walkers and was led by Tony Madeley

The forecast was for occasional showers of rain and sleet so we were not surprised that only 4 walkers from Toddington and 3 from Harlington arrived at the car park. We were particularly please to see Val who has not walked for a while. Again all the men were called Tony, getting to be a habit.

We started from Toddington Village Hall car park, crossed the green and walked down Conger Lane to cross the B530 near Cowbridge Farm. For this part of the walk the weather was dry, but cold and windy. The vines of Toddington vineyard looked pretty bare. We skirted the old sewage works before reaching the Fancott cross roads. The rain had now started which continued almost all the way back to the outskirts of Toddington. We turned right and walked up Sundon Road towards Toddington. We left the road and walked round the back of White Hart Farm, passing the fish ponds of Chalgrave Manor. We then walked past Chalgrave Manor Golf Club  and Chalgrave church before crossing the main road and walking down Chalgrave Road towards Tebworth. On passing College Farm we turned right onto a footpath leading back to Toddington. As the weather was poor no photos were taken on the walk

This 5 mile walk was led by Beryl assisted by Nita

On a beautiful morning with clear blue skies, 12 members of the Club, plus 2 visitors who had found us on our website, (well done Ruth) set off from The Kiln Café in Stewartby.   We walked to Stewartby Train Station and then turned into the Marston Forest Centre Site. The autumn leaves were lovely and the lake was a fantastic turquoise blue, reflecting the perfect sky.    We walked as close as possible to the huge Covanta Incinerator which is under construction.   (In fact we had to do a bit of a backtrack as the brambles had overtaken the path!)

After some road walking we turned left into the fields.   There we had a huge wide green path for a while before crossing a narrow footbridge and following the path alongside many young trees.   There were expansive views of the Covanta building which is absolutely huge.   Coffee/banana stop was taken in the sunshine near the railway line with excellent views of passing trains! 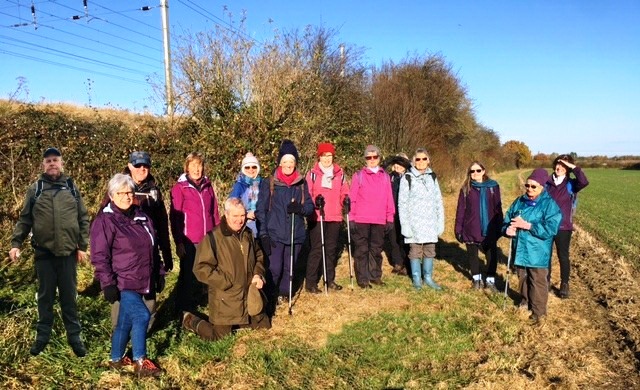 Our path crossed several fields with young crops but we had 2 tractor tyre lines to follow and the  ground was not too muddy.   Then we negotiated 2 tunnels under the north/south mainline railway.   We had already crossed the Bletchley to Bedford line twice at level crossings - the friends of the line have recently celebrated its 175th anniversary).   Finally we returned to the village of Stewartby and walked through the well kept bungalows and grounds.  (I had been informed by the Groundsman that he and several volunteers had recently planted 7,000 daffodil bulbs - it should be a picture in the Spring.) 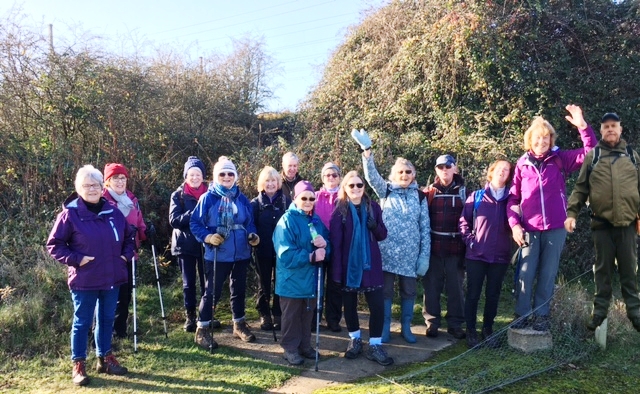 A convivial lunch was taken at The Kiln Café in the Social Club Hall which seemed rather dark on arrival but once our eyes became accustomed it was fine.

We met at the sports ground carpark and walked through fields and woods to the church of St Lawrence at Ayot St Lawrence.where we had a pause for a snack and water. We then walked to the water-cress farms at Codicote Bottom and followed the river back to Kimpton Mill, passing Cuckolds Cross before returning to the car-park. 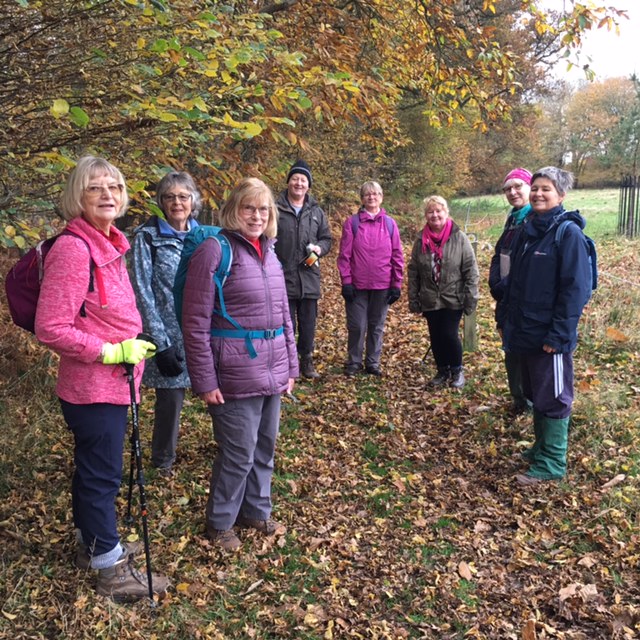 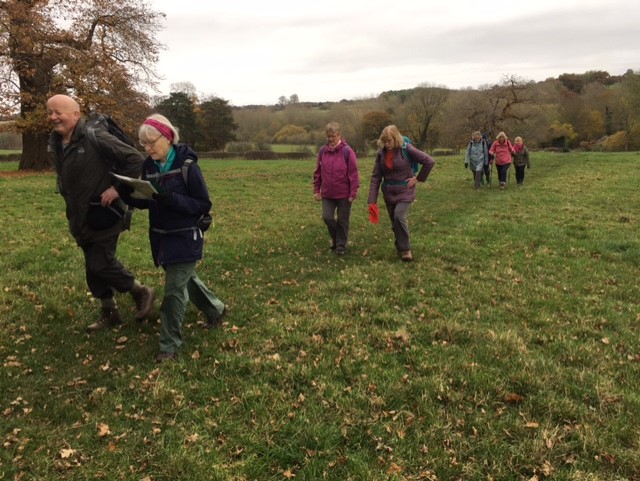 Posted by ruth betts at 6:34 PM No comments:

Leaving Barton via the recreation ground, we made our way through the village to join up with the John Bunyan trail out towards Hexton 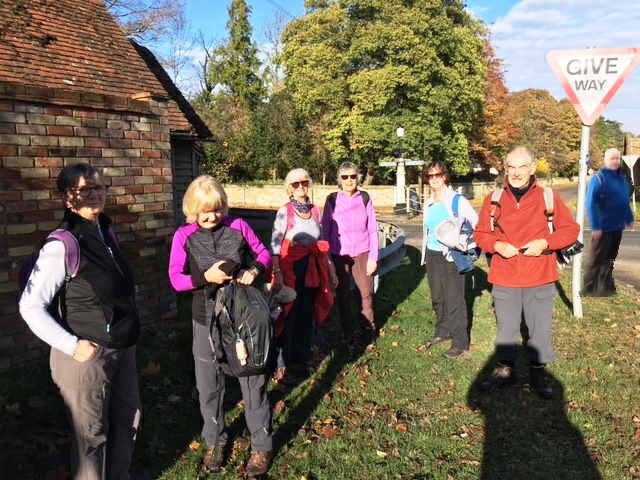 Walking through the village we made our way up the steep incline through Moor Hill and on towards Mortgrove farm
Crossing the Icknield Way carrying on below Galley Hill and the golf course,  we made our way along the Chiltern way up to Barton Hill farm, continuing onto the Barton Hills nature reserve 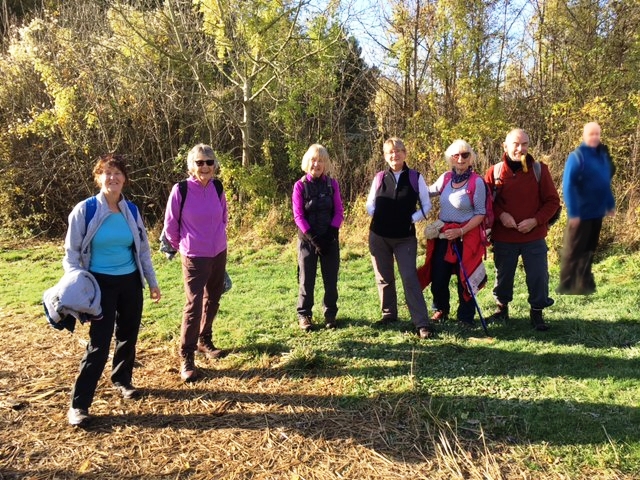 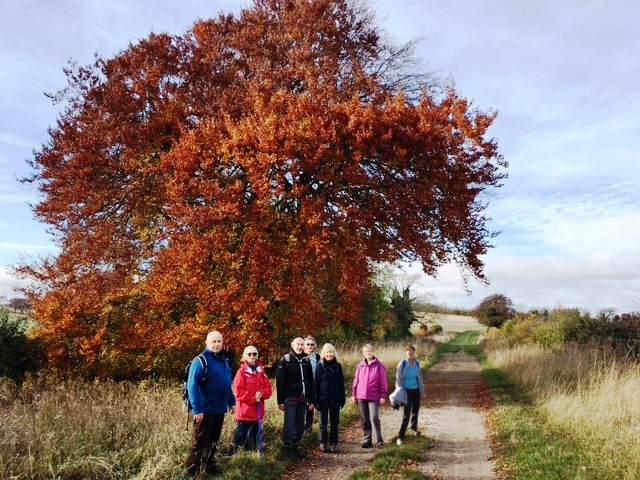 Not a single stile on this gate!

We met at the Three Locks carpark and set off along the Grand Union Canal, turning off towards Papermill Farm towards Rushmere County Park. From there we skirted the edge of Rammamere Heath stopping for coffee before setting off along the Gas Pipe line to Stockgrove.

Posted by ruth betts at 4:08 PM No comments:

Starting off from the George PH we made our way up past the church and the new housing developments and out towards Green End and Clay Hill cottage. 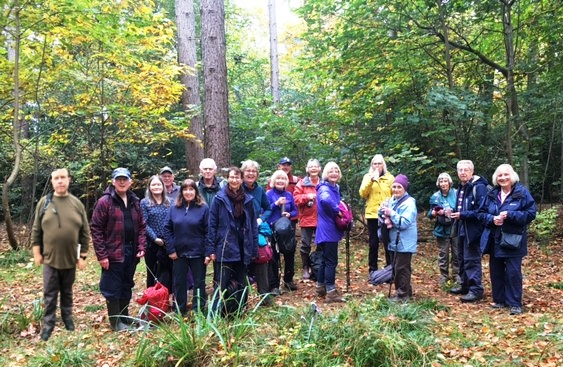 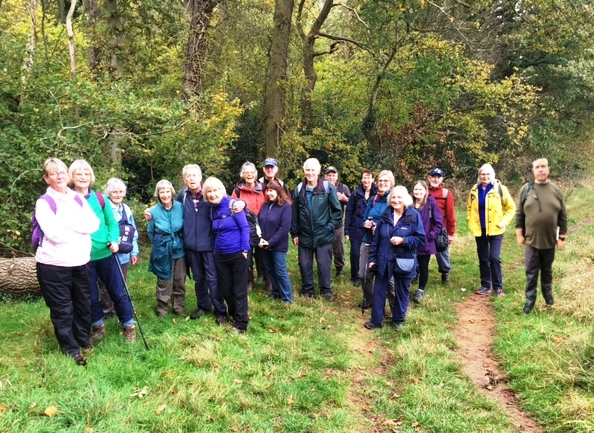 Walking around Maulden Grange, eventually making our way back towards our start point where we were lucky just missing most of the rain shower. 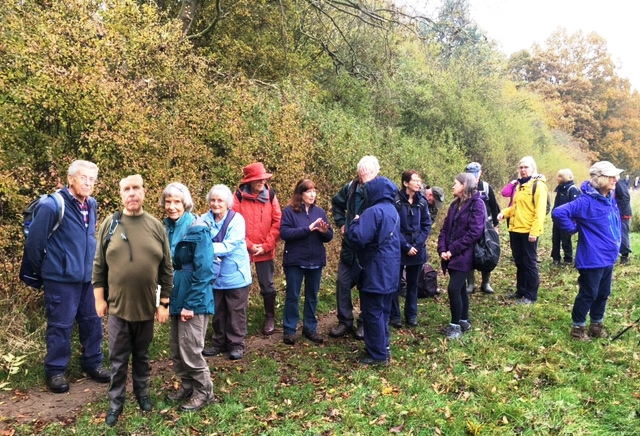 A lovely walk through fields, and surprisingly dry under foot. 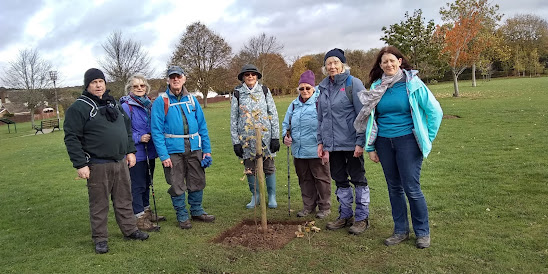 After coffee stop: the oak tree planted for Jill's husband 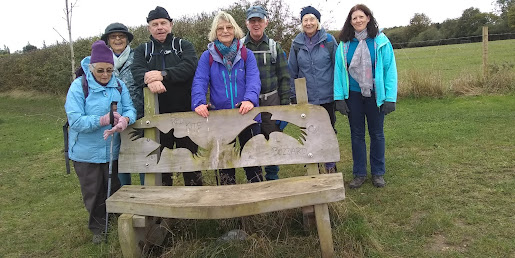 Posted by ruth betts at 5:49 PM No comments:

A new area for most of us.

We waked around fields to the river Ouzel which we followed for about a mile. Much clearing was going on. The thicket of bramble and nettles were cleared, willow was being pollarded and they were soon to start dredging. We chatted with two workers while warming our hands on their bonfire. Sadly, no baked potatoes! 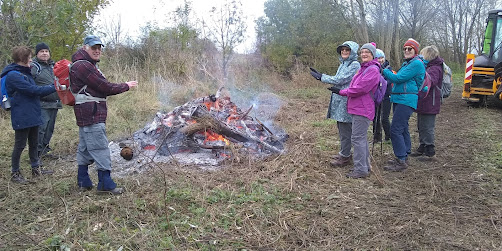 We crossed the river to the Grand Union Canal where we stopped at Church Lock for coffee and bananas. 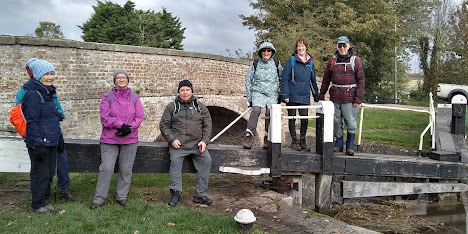 After this, we followed the canal South then crossed a field past a curious herd of calm bullocks. 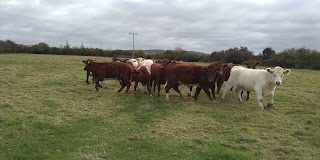 We walked through Slapton then along a very overgrown footpath and across fields slightly uphill to Billington. The views from the slight rise were splendid. There were a series of stiles, all but one having a bar to lift which helped greatly. We had a short break at the church before returning to the start.

Posted by ruth betts at 3:54 PM No comments: