It was pouring with rain when I woke up and I wondered why I'd signed up. Over breakfast, the Met office stated that the sun would shine between 10am and 1pm, and I set off to Alameda School, Ampthill with great skepticism. There I met the others and a blue band of sky appeared below the horizon and swiftly broadened into a lovely sunny morning. 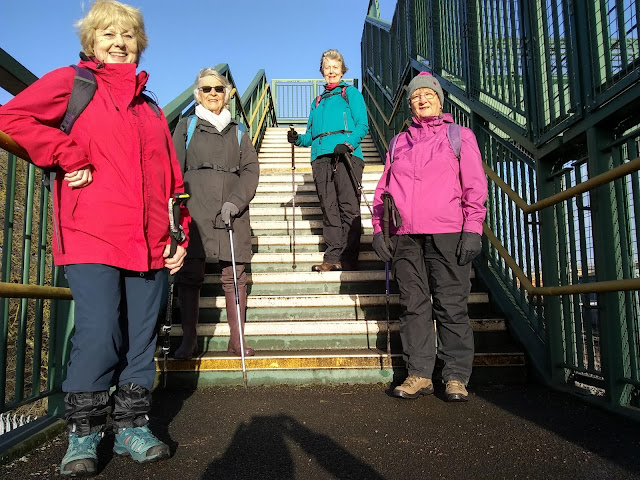 We crossed the railway line and had a wide view from the bridge, then walked around the perimeter of Center Parcs, which was now closed due to the latest Lockdown announced last night. We had been warned of lots of mud: some parts did not disappoint us, but we didn't get too bogged down. We stopped for coffee and Beryl contemplated giving out the mince pies that Nita had provided. We all agreed that they would be nicer later on with our coffee at the cafe. Notice the observance of social distancing! 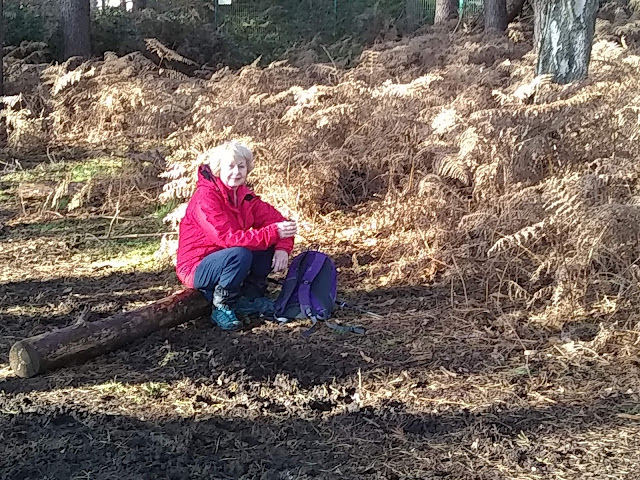 We passed a field of micropigs, then walked around the footpaths toward Milbrook. We noticed the black cloud to the North and were thankful that we weren't there. 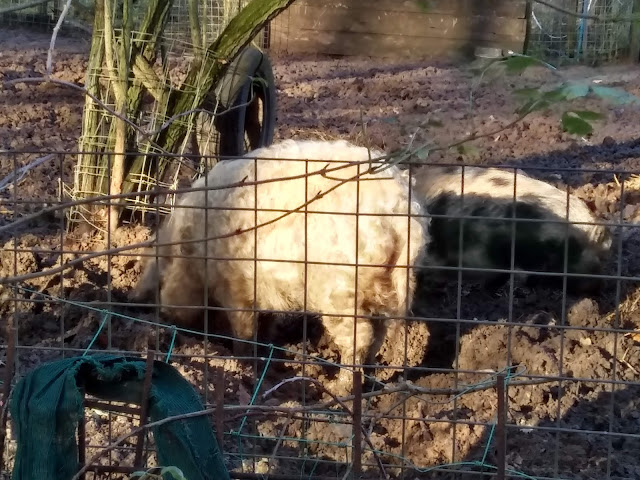 Five minutes later the cloud was upon us. We cleaned our wellies in the deep puddles, passed the Wooden Hill Cafe just too late as they close at 1pm, and when we got to the next cafe, at Ampthill Hub, the heavens opened. Hilary and Joan had not yet arrived to meet us so Beryl was left under the porch to wait for them while we abandoned her to the cars. The parting shot was 'What about these mince pies!'

We did not know at the time that we were heading for Tier 4. No more walks for the foreseeable future.