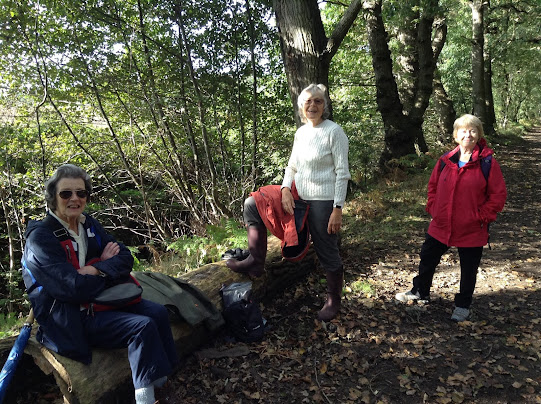 Unfortunately Nita was indisposed and therefore unable to lead her walk so Beryl was able to step into the breach and luckily the group did not get lost!. The group (Tony P, Hilary, Joan, Penny, Sharon, Mary, John, Beryl and Eileen who was returning to the group after a long absence) started at the beginning of Katherine’s Walk by the railway bridge off Froghall Road and proceeded on a relatively new hard surface until we reached Fordfield Road.

After a short road walk, which has a new pavement (courtesy of Center Parcs) we dropped down into the woods which encircle the holiday complex. We did a short detour to view Petpiggies (a pig petting venue for children) and then continued through the woods, with a short coffee/banana stop on and by a couple of big logs.

The path led to the lane which rises up to the village of Steppingley and after giving our individual views on the hostelry, The French Horn, we continued alongside the old school buildings down to Flitwick Road, then passing the Flitwick Pumping Station, avoiding some puddles where there has recently been a leak in the water pipes.

The latter part of the walk was on very sandy ground. We climbed the hill and walked the last stretch into Steppingley Road, Flitwick, cutting across a small grassy field (which beautifully cleaned our boots), arriving opposite The Rufus Centre) 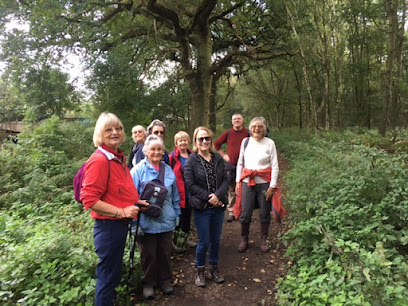 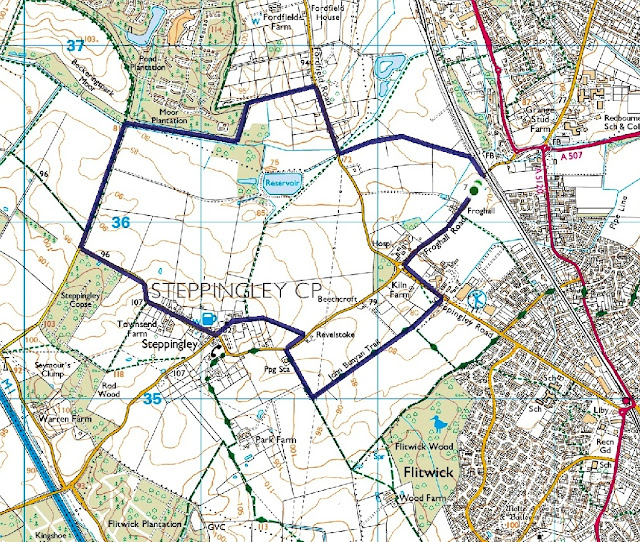