Starting at Church Road, we walked through a housing estate and quickly onto a hidden path that crossed then followed a stream, went under the railway line through a tunnel, then soon through a strip of woodland near Puzzles Farm. We were delighted: most of us had never walked this path.

Disorientated, we reached a road and relocated: we had come out at Flitwick Mill, lavishly restored and in working order. The sound of the mill followed us a short way towards Flitwick Moor. We had a short break at a handy bench then tried to tiptoe past a bend in the river where we were promised was the location of a kingfishers nest in the bank, but to no avail: it is impossible to keep nine adults from chattering when we have been in lock down for so long!

Next was a filed with a herd of cows that looked more threatening than they were. The sun had come out and they were reluctant to leave the shade of their tree.  The footpaths don’t follow the public rights of way on the OS map and once again all but Tony R became disorientated – and he was as usual relying on his modern technology to tell his where we were!  A map on a noticeboard confirmed that we were about to re-enter civilisation. 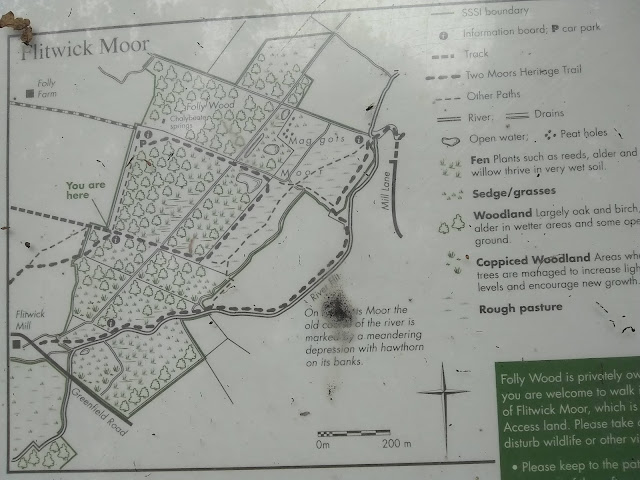 We became well spread out as we passed the Tesco Roundabout and divided into separate parties as those in the lead took Temple Way and the rear-guard took a shortcut across the recreation ground, hoping there was a gate at the far diagonal end. There was, and it was padlocked. Just as we arrived a man in a huge form tractor pulled up and unlocked the gate, and we slipped through! We more or less returned to Church Road together.It was so nice to be able to walk in groups larger than 6 again.