Some of us were back to meeting at Toddington, some met at Woburn car park. The weather was dull but dry, windless and a surprisingly mild 9 degrees for this time of year. We soon got warmed up as we crossed over to the west and past the new forest school. 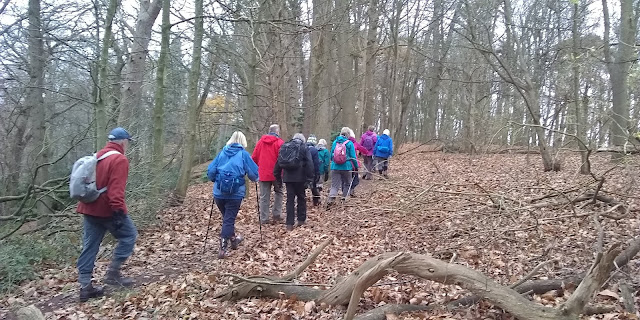 We then had a change of the usual route, shunning the steps and continuing to Langdon Hill Plantation, kicking through a lovely carpet of leaves. Tony M helped a few ramblers down the steep part at the end: Beryl the Rebel led a splinter group but soon retreated back to the tried route. 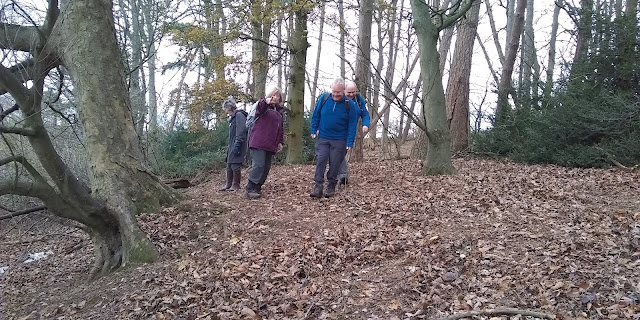 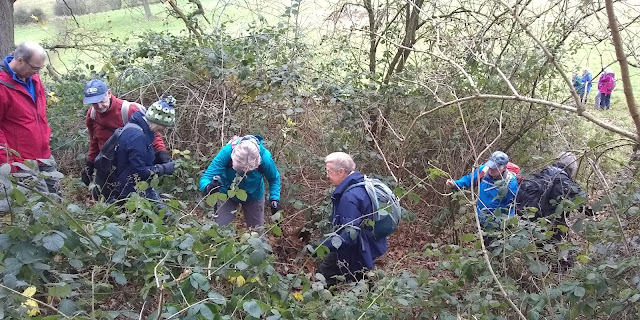 Likewise, after passing the derelict Horsemoor Farm, we went a different way along a valley to the reservoir where we stopped for a swig of water before crossing to New Wavendon Heath where we stopped at the picnic tables for coffee. 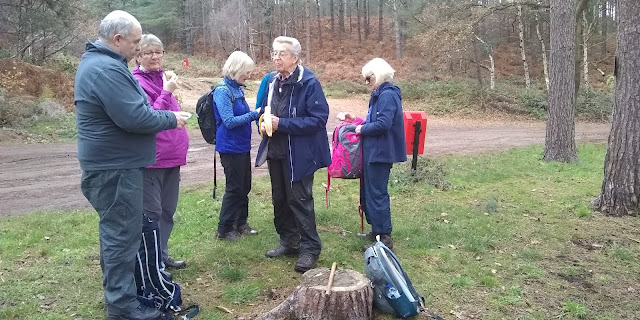 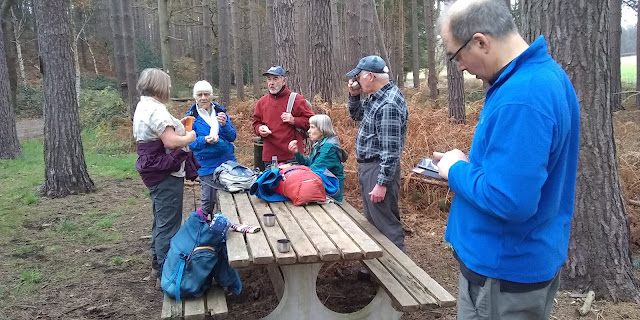 We walked clockwise around the perimeter paths of Aspley Heath and we were in danger of arriving at the Fir Tree too early! Time for another short break.

On the way down Penny told me two versions of how Woburn Sands got its name. It used to be called Hogsty End!
1. The stage coaches used to get bogged down in the sandpits on their way North. A messenger would be sent to inform that it was delayed at Woburn Sands
2. A founder of a school in the 1800’s wanted a more attractive name to encourage new pupils.

Sixteen of our party were booked for lunch at the fir tree, two were taking the Omicron variant of Covid to heart and elected to eat their picnic outside. Service was very slow: it was 35 minutes before the food appeared despite prior ordering.  But it was great to enjoy a pub meal on a ramble: the last time was March 2020, I think! Paninis, wraps, tomato soup and baked potatoes were eaten, then the final leg was the familiar route through Aspley Wood to the car park.