Including Beryl and Yvonne there were 13 walkers.
We began the walk from Startop’s End at Marswoth, one of the Tring Reservoirs.
We then walked along the canal path towards College Lake.
By one of the locks a group of workmen were standing around (like they often are) but their main man told us some interesting information about canal development including a wildlife area near Buckingham.
Food for thought for a future walk!
On reaching College Lake we had a leisurely 2 mile stroll which included a wild garden where there was a Shepherds Hut and a display of  old farm equipment.

One of the Hides was described by Graham Atkins - the man behind the development of the area -  as an Iron Age burial mound.  We had our coffee looking up at it.
On reaching the Visitor Centre we were at the end of the Lake walk 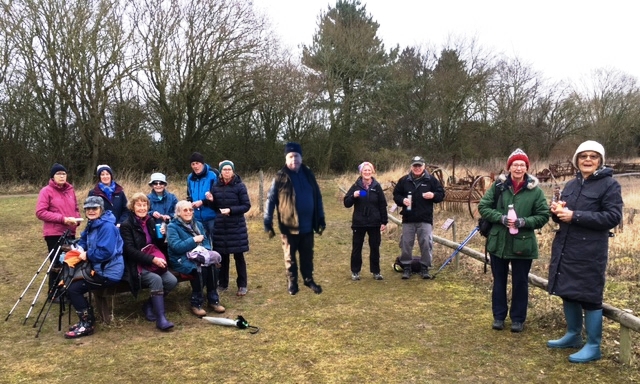 This was where picnics and bites from the cafe were enjoyed before tracing our steps back along the canal path to Startop’s. End 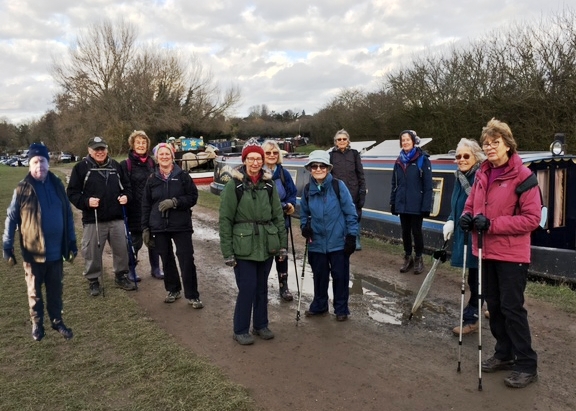